This was the only crash tender in the RAF to employ Co2 gas only as its extinguishing medium. This would be used to augment the foam tenders attacking the fire.
It was based on the Austin K6 6×4 chassis and introduced in the wartime period and was used well into the 1950’s

The Co2 (24 x 60Ib cylinders) is installed in four banks of six cylinders each and are housed longitudinally on the vehicle chassis, two banks either side, with a catwalk in the centre.
Each bank of cylinders has its own operating lever situated on the outside of the cylinder housing. The cylinders when operated feed into a central manifold and then passed to three delivery hosereels.
The manifold fitted to each bank had a safety disc or seal which would blow off in the event of a cylinder leaking with the delivery closed, thus preventing damage to the delivery hose. Also a master valve was fitted to each in order to isolate it in the event of any damage.

Each of the three hosereels contains 100ft of 3/4in high pressure hose and was fitted with a friction brake.

The approximate total output of the tender was 11500 cubic feet of Co2. Each bank had an effective discharge time of 2 minutes.

The vehicle on display served at Birmingham Airport after leaving RAF service. It was part of the collection of the Fire Services National Museum Trust and has remained in storage for some thirtyears. It was acquired by the Museum of RAF Fire Fighting in 2014. 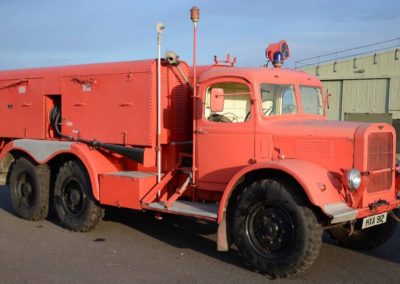 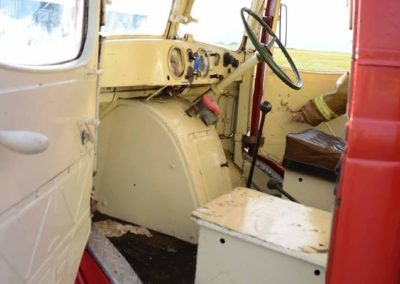 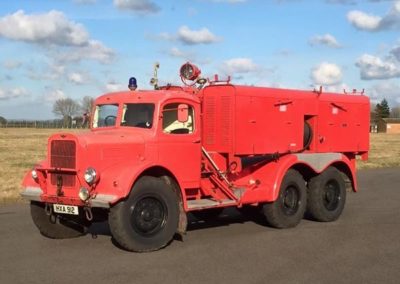 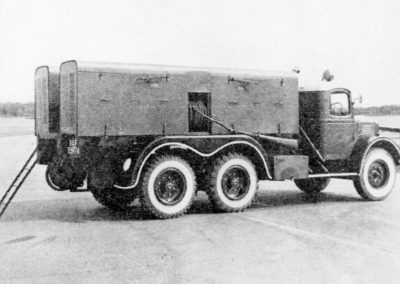 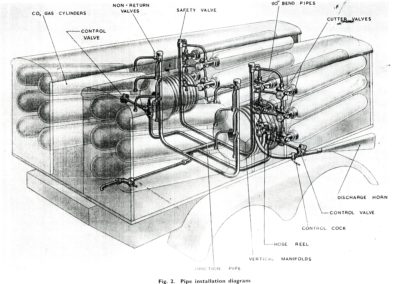 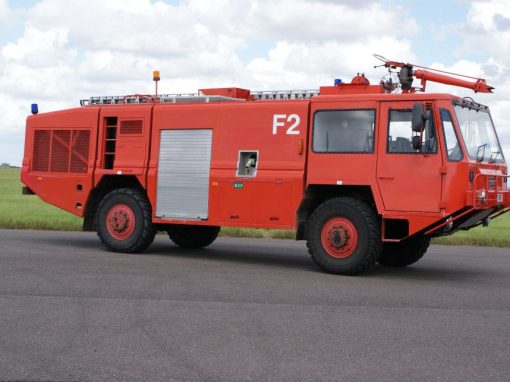 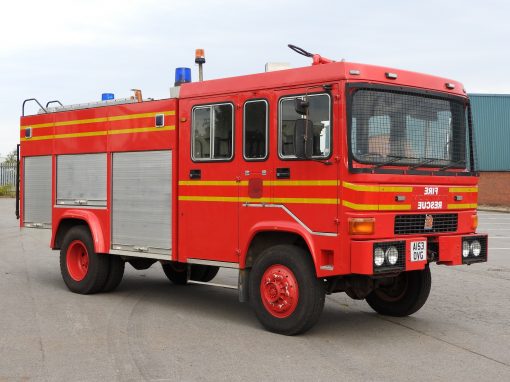 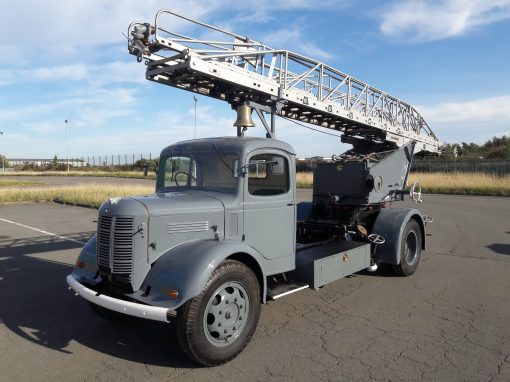 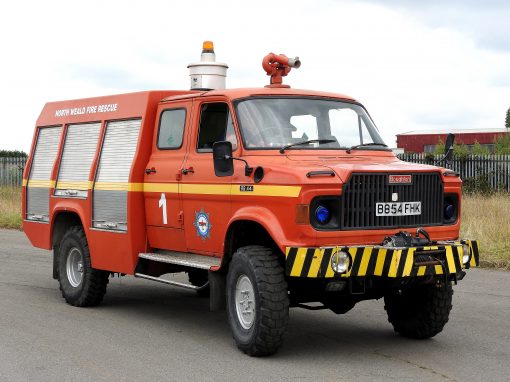 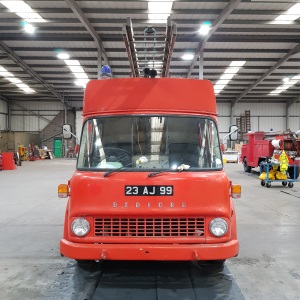 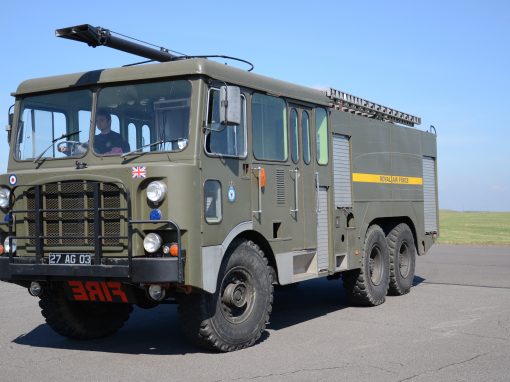 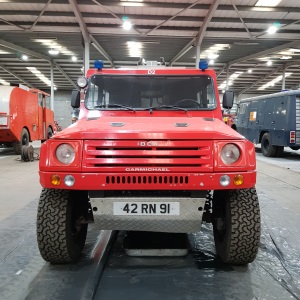 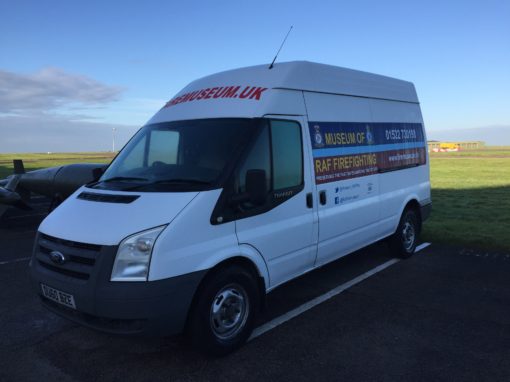 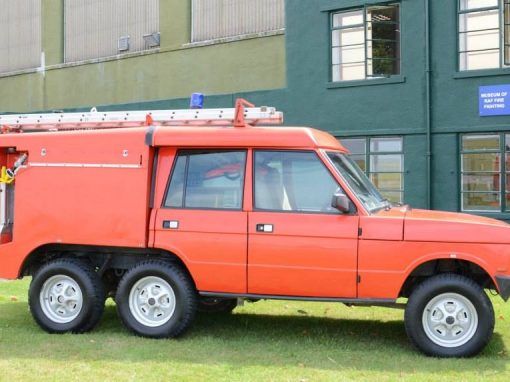 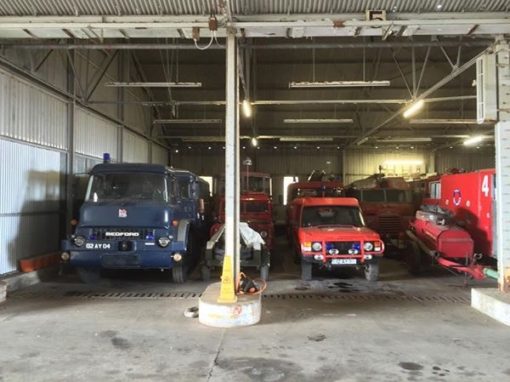 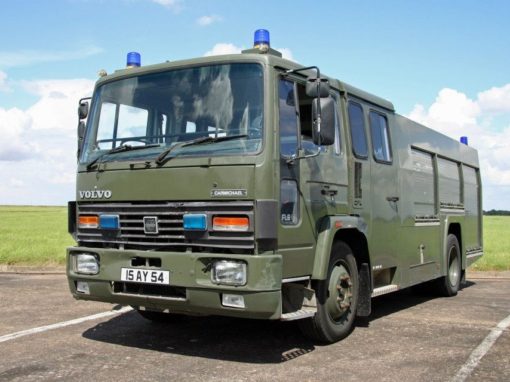 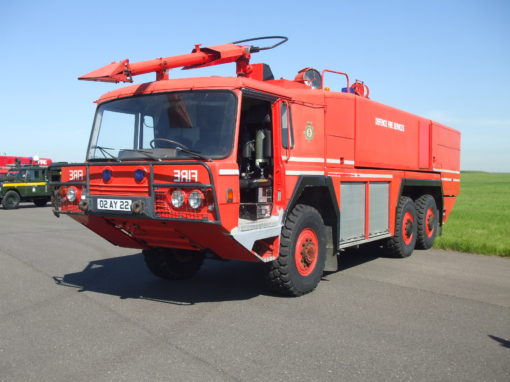 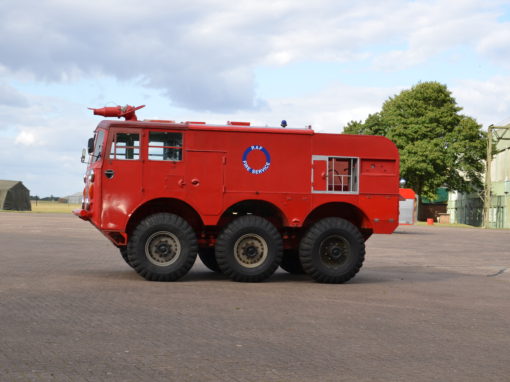 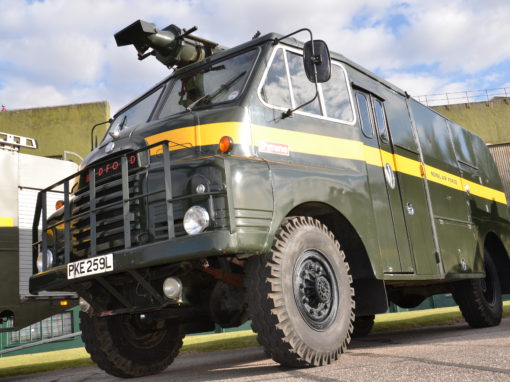 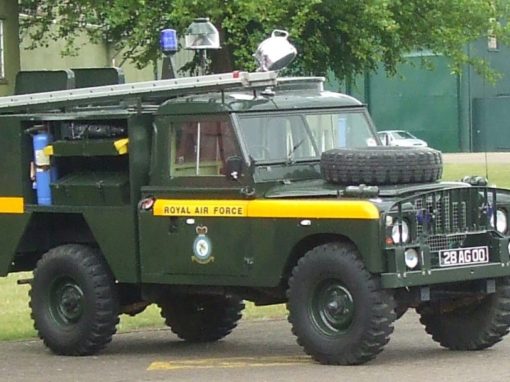 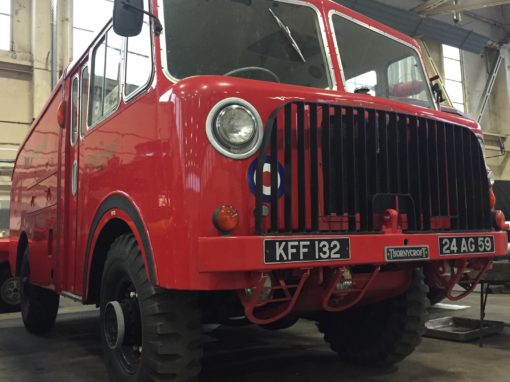 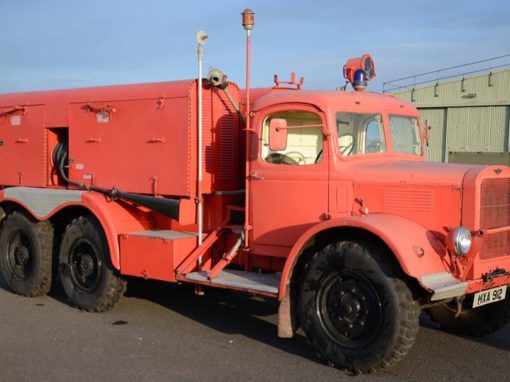 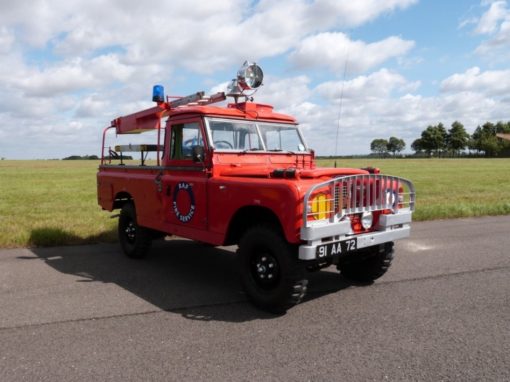 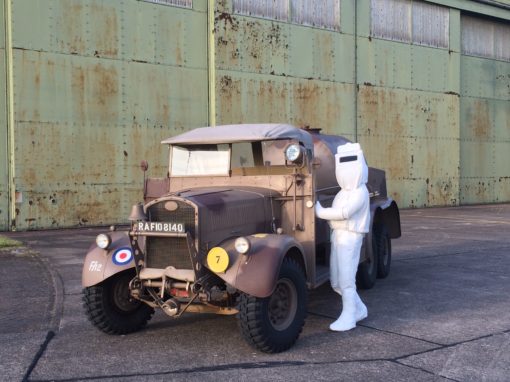